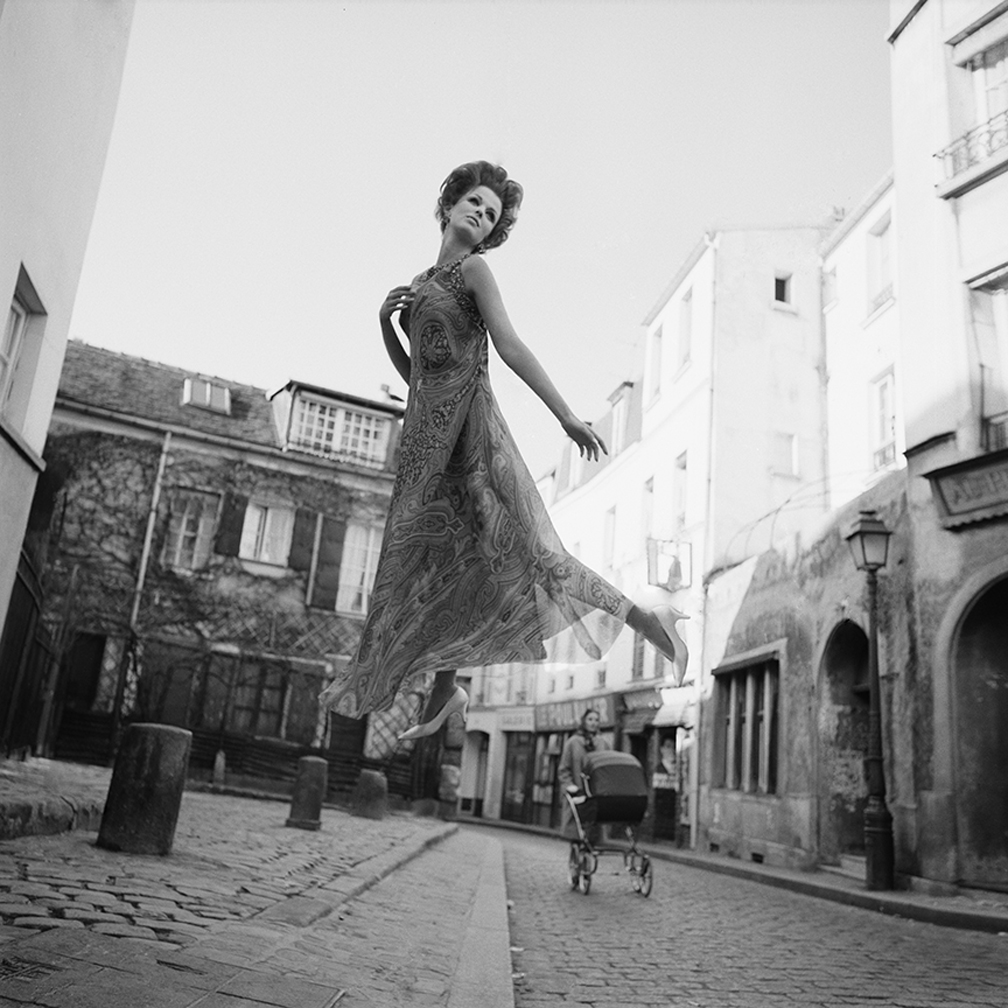 The most frequently asked questions about the allegory I shot for the New York Times titled The Dream are: What does the allegory mean? Are the images real or have they been digitally rendered on the computer?

Historically most cultures have controlled women‘s roles in society by the dictates of style and fashion. Popular trends decide not only a woman’s shape, it decides what she eats, how she dresses, and when she wore the obligatory bustle it even decided if she could sit. If her feet were thought too big they were bound to make them smaller. One could say that's ancient history, but if we look back only a few years, remember Heroin Chic? Why do these trends regularly impose states of being that are not organic to the species? Perhaps the ever-changing face of beauty is the eternal need for love!

Looking back in my notebook of drawings for the shoot I noticed that I called the allegory "Endangered Species." The allegory loosely refers to women finding their center. It is a cry to women to betray fashion trends by following their dreams and choosing to display their innate and unique femininity. Women can choose, in the face of danger they can fall, and with the energy of faith and nature, they can experience rebirth.

I’m not in the business of predicting but I shudder to think what genetic engineering will bring. Upon reflection I can see positive results if women remain true to themselves and use the future to bring out their best without distorting their genetic potential. I can’t wait to shoot some of the new ideas that have come to mind while writing these thoughts. Regarding the big question: are the images real or digital?

One of my early disappointments in photography was the image I thought I saw on the ground glass was not at all the image I got on film. After much experimentation I learned that the camera had to be cajoled to render the image conjured in the mind's eye. Photographers unlike painters are at the mercy of the common notion - that in photography, the image must be created in one click of the shutter. When photographers ask me how extensive was the use of Photoshop in creating the New York Times series, as if something is suspect in using the computer, my answer to them is that cavemen used a primitive version of Photoshop when they reworked their drawings on the walls of caves. Through out the history of art, artists have made great efforts to individualize their images. If a painter doesn’t like the shape or size or shape of a face, with a few strokes of the brush they can change it. Some experienced photographers do the same in a limited way by tilting the camera so that a face is elongated or shortened. In the world of photography various forms of image manipulation have evolved over the decades and most recently into the powerful tool called Photoshop.

The images in The Dream are a composite of photographic images that have been rendered into a singular image. The sets are built in actual scale, in front of the camera, so that the images drawn on the ground glass are faithful to my vision. Annie Morton, the model in the series, in most cases is shot in set for organic and lighting reasons. The sky elements are photographs that have been tweaked in terms of density and proper perspective. The sets are made of Styrofoam, which is light in weight and paints easily. The build and wrap time is a fraction of that of wood frame sets.

The key point is not the technique of how the image was made, but the idea and the vision. If you have the vision it can be rendered in numerous ways; the choices you make become your personal style. All the image-enhancing tools become irrelevant if the idea and vision are not true and engaging.

e film and the processing at the drugstore that was making the images look different. “There was a marked difference between those taken when I was six until the time I was 12.” He concluded that the manufacturer was constantly changing the film, which he called “The emulsion of the day,” which opened up many ideas for him. Most important on the agenda was to develop a personal palette and vision. Sokolsky had no formal training in photography, but was spurred on by his creative eye and the passion he developed for the medium. He began experimenting with photography in a determined and personal manner.